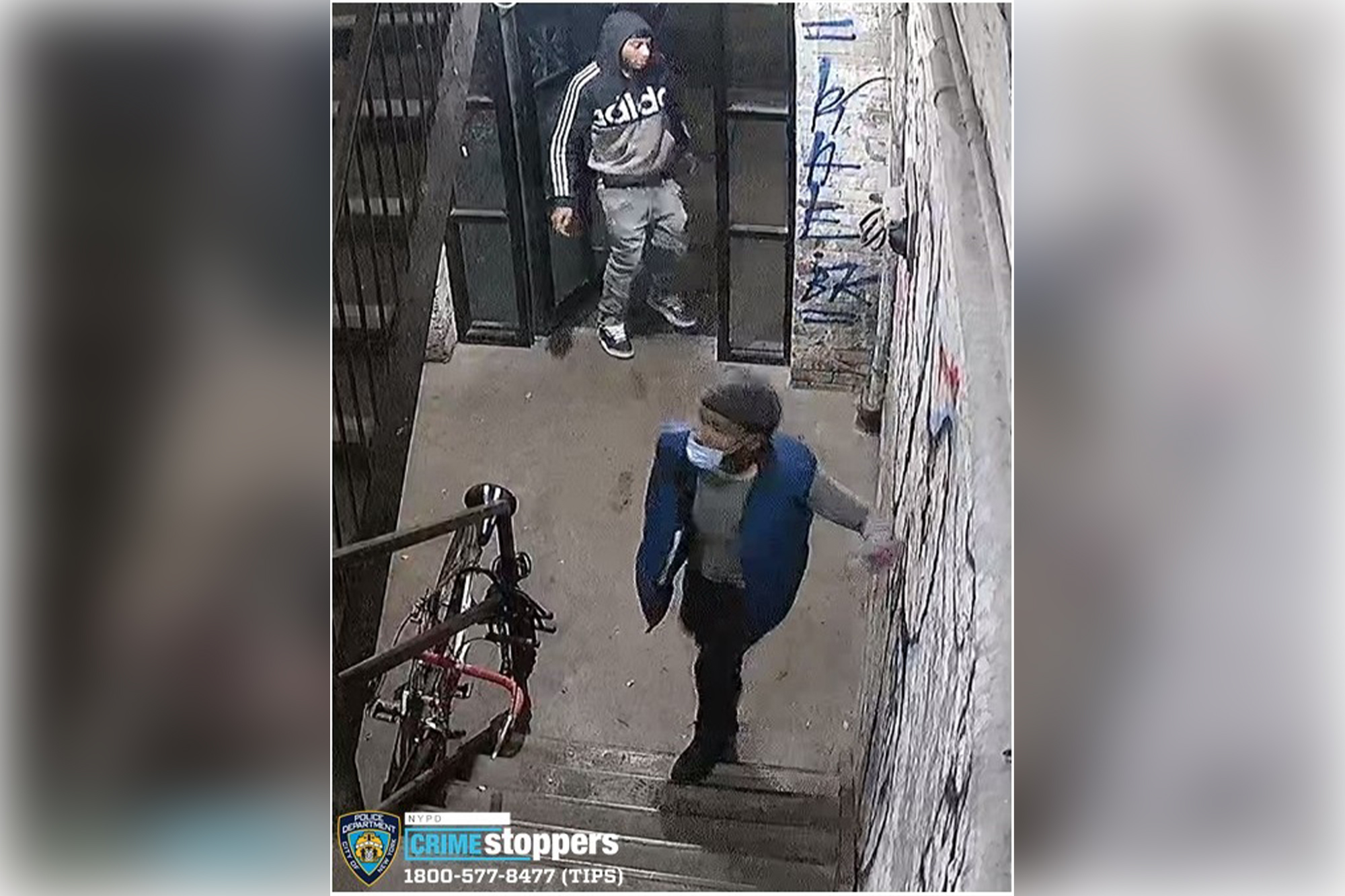 One of the suspects struck the victim in his head with an iron and they both punched the man inside his East Williamsburg apartment last Sunday at about 8:20 p.m., according to cops.

The crooks searched each room for valuables — and made off with a Mac laptop, a Microsoft Surface laptop, a PlayStation 5, a Xbox360, an android cellphone and an iPad, according to police.

Police said the victim suffered a cut to his head and some bruises. He was treated on scene by EMS and refused further medical attention.

The thieves were still being sought early Friday.