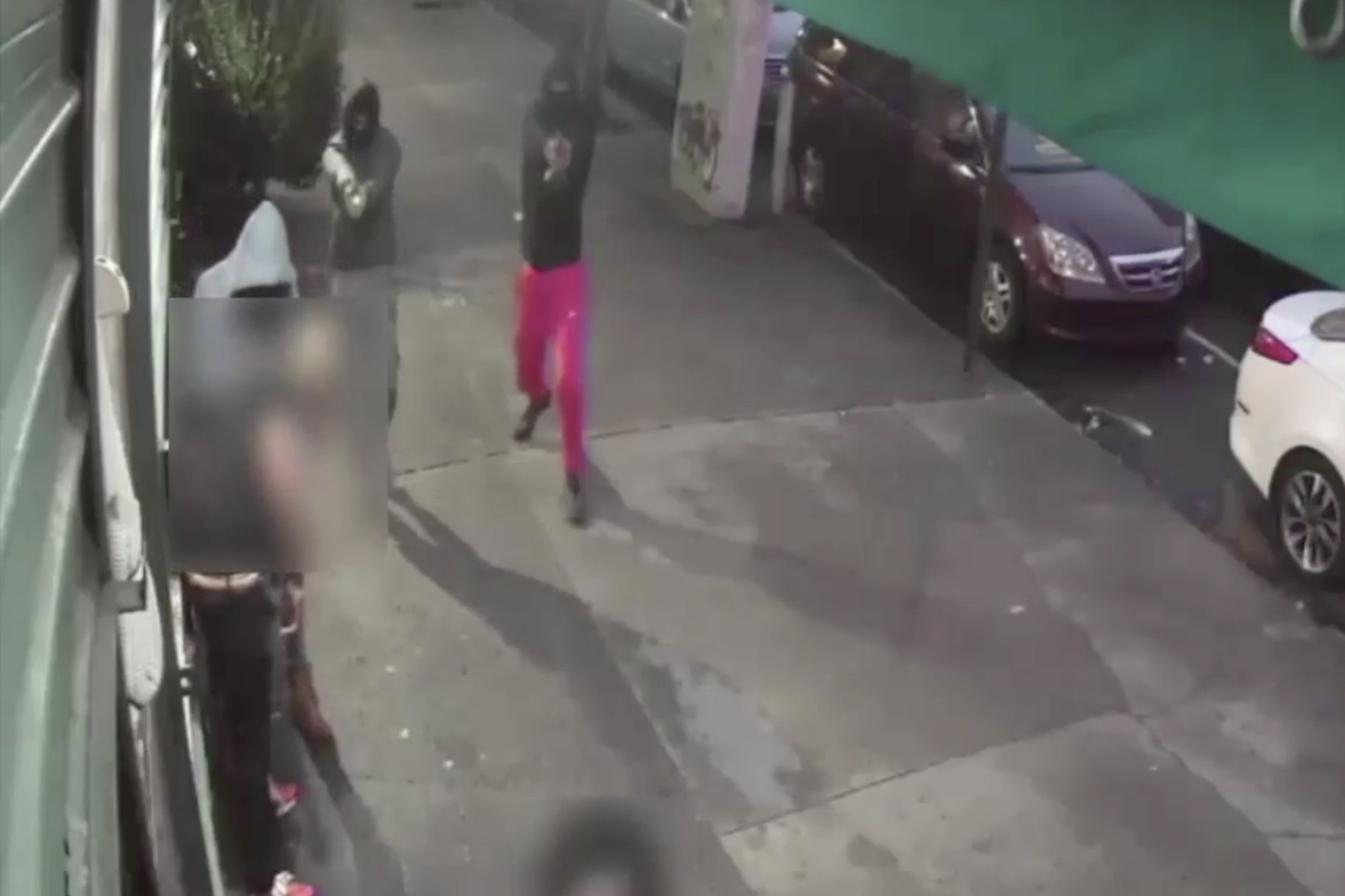 One of the assailants then snatched Pena’s gold chain as the other crooks held the duo at gunpoint, according to video provided by the NYPD.

As the two victims tried to flee, the suspects opened fire, the footage shows.

Police said Pena was hit in the torso and later died at Bronx Lebanon Hospital.

The 46-year-old was struck in the back and was taken to Lincoln Hospital in stable condition.

The suspects fled the scene in a black Mercedes-Benz sedan and were still on the loose early Monday.