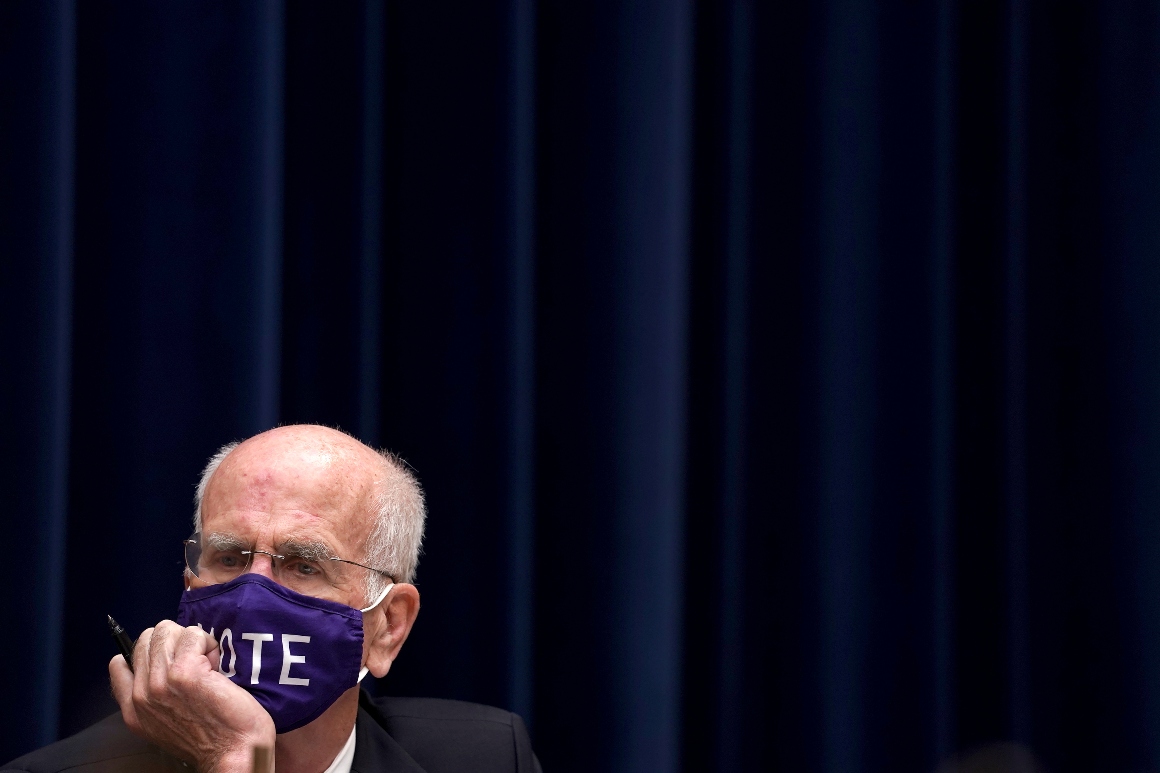 Early resistance to the drug pricing bill, H.R. 3 (117), indicates that drugmakers may escape what they consider a worst-case scenario, in which Democrats extract huge savings from their industry to bankroll a broad range of party priorities in infrastructure legislation. Though the drug negotiation measure faces long odds in the Senate, House leadership hopes that passing H.R. 3 would give Democrats leverage to keep pressure on drugmakers when the Senate takes up infrastructure legislation.

“It’s not unusual for members to express hopes for bipartisanship,” the aide said. “It’s a value we all share.”

House Democrats in the previous Congress, when they enjoyed a larger majority, passed H.R. 3 almost entirely along party lines. The legislation went nowhere in the Senate, which was then controlled by Republicans, and former President Donald Trump opposed the bill. But many Democrats campaigned on the bill last cycle, showcasing it as an example of what the party could achieve if it won full control of Washington.

Eight of the 10 Democratic moderates now raising concerns over H.R. 3 voted for the bill in the previous Congress. Rep. Scott Peters of California, who hails from a biotech-heavy district in San Diego and led the letter to Pelosi, said he cast that vote knowing it had no chance of becoming law at the time. He said he supported it only to “start a conversation about lowering the cost of prescription drugs.”

Now, he and other moderates are pushing more incremental alternatives that have garnered some Republican support, like capping Medicare enrollees’ out-of-pocket drug costs — a policy included in Democrats’ broader negotiation bill.

“It’s a better problem to have a cure or therapy that’s expensive and have to figure out how to get it to people than it is to not have the cure at all, and I’m afraid that’s what this version of H.R. 3 would leave us with,” he said.

Even the staunchest supporters of H.R. 3 have acknowledged Democrats — particularly those facing tough reelection fights in swing districts — will face enormous pressure from the powerful drug lobby to oppose the bill.

“There are some Democrats who will be nervous about this, but I think we can get them to support it, because it’s so meaningful for the people we all represent,” said Rep. Peter Welch (D-Vt.), who led a recent letter urging Biden to endorse government drug negotiations.

Several of the moderate Democrats expressing reservations about the drug pricing bill are the targets of a $4 million-plus campaign by the conservative American Action Network opposing the legislation. The group plans to air ads in the districts of more than 40 Democrats, slamming H.R. 3 as “Nancy Pelosi’s socialist prescription drug takeover plan” and warning it would “cancel new cures for the patients who need them and send American innovation overseas.”

Health care industry analysts say Democrats’ push for H.R. 3 is likely to fizzle out under intense industry opposition and hurdles in the 50-50 Senate, where some Democratic moderates have also expressed concerns about the negotiation bill.

“So, what gets done?” said Ipsita Smolinski, managing director of the research firm Capitol Street. “Perhaps minimal policy, at best, this year, and more down the road.”

A narrower, bipartisan bill from Sens. Ron Wyden (D-Ore.) and Chuck Grassley (R-Iowa) is seen as the “most likely outcome,” according to a recent memo from the Cowen Washington Research Group. The bill would cap seniors’ drug costs and penalize drugmakers for raising prices too fast — a provision that many Republicans have likened to price controls. It would save the government a projected $95 billion over a decade, far less than the $450 billion-plus under the House negotiation bill.

Others like Meena Datta, the global co-leader of Sidley Austin’s health care practice, questioned whether Democrats were even likely to opt for smaller-scale measures, like new requirements for drugmakers to justify price increases.

But many progressive and moderate lawmakers alike warn that Democrats risk losing voters in the 2022 midterms if they fail to deliver meaningful reforms that take on the drug industry.

Senate Budget Committee Chair Bernie Sanders (I-Vt.), who is among the most vocal advocates of H.R. 3, said he’s confident this political pressure will sway even the most hesitant Democrats.

“There is no state in this country — none where people don’t understand that the pharmaceutical industry is ripping them off,” he said in an interview. “No one can defend that we pay 10 times more than people in other countries. I think every one of my colleagues knows that, and I expect they will vote the right way.”