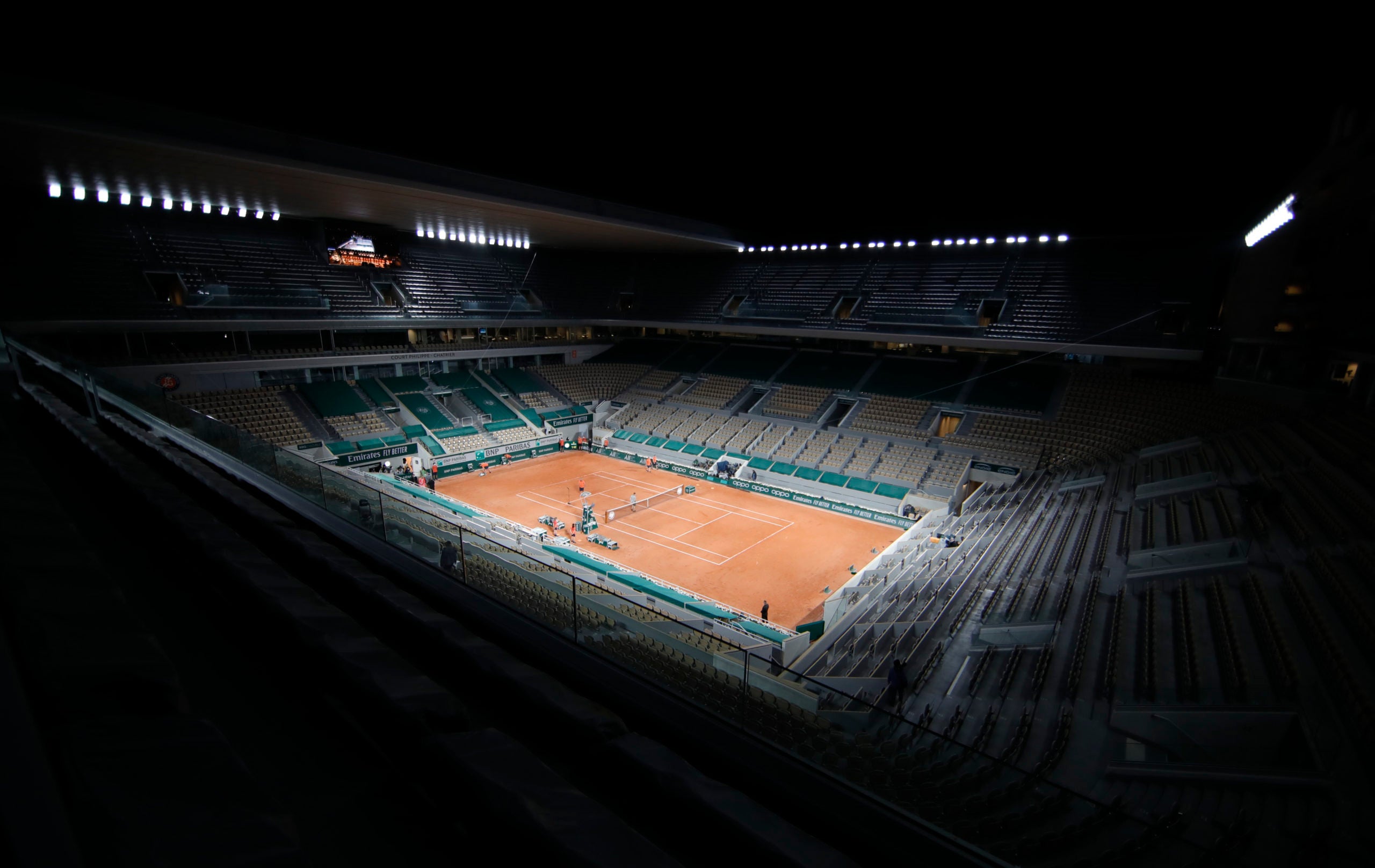 General view of the stadium after the first round match between Serena Williams of the U.S. and Romania’s Irina-Camelia Begu at the French Open on May 31, 2021. REUTERS/Sarah Meyssonnier

PARIS—Start of play at the French Open between local hope Ugo Humbert and Ricardas Berankis of Lithuania was delayed on Tuesday due to a suspiciously parked vehicle outside Roland Garros, the organizers said.

A loud sound was heard outside the 5,000-seat stadium, built on the premises of the neighboring botanical garden, and play started on Court Simonne-Mathieu about 25 minutes later than schedule.

French Tennis Federation (FFT) said the start was delayed due to security officials neutralizing a vehicle illegally parked outside the stadium.

“It was a routine security intervention by the police,” an FFT spokesman told Reuters. “Everything is back to normal.”

A police source said the vehicle was a stolen car and security checks confirmed there were no explosives attached.

Matches on the other courts on the third day of the clay court Grand Slam started on time.